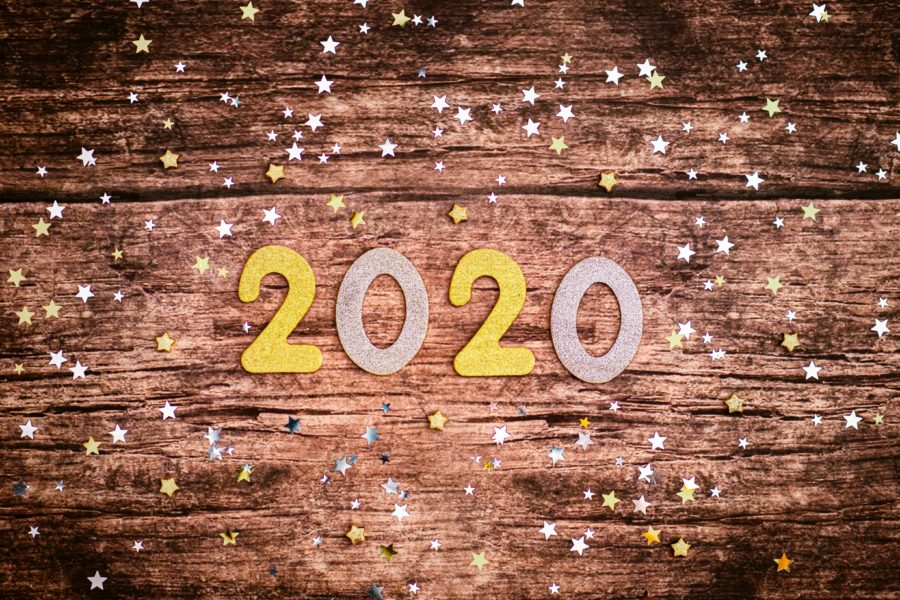 Have you noticed the buzz around the end of the decade?

Everyone is reflecting on the last 10 years! That’s a lot of reflecting if you ask me.

But here’s the good news! If you’ve set a word of the year and have been setting if for some time, it makes the process so much easier! Just gather up all your words from the past years and voila, there are your themes. It’s kinda nice to see them visually.

Here are my words starting from year 2016:

These 4 words contain so many stories within them.

As you take inventory of your words or word of the year, it’s worthwhile to make space to write them all out so that you  can witness all that was.

Here’s my story of how my word of 2019, Spirit, revealed itself. All I’m going to say is be careful what you wish for:

Turning the corner, I catch a sneak peak of the fiery leaves in the landscape to the left of me. I sense the familiarity as this year edges its way towards its final months. Even in the midst of Back to school, Yom Kippur, Eid, Thanksgiving, Diwali, Halloween, Kwanzaa and Christmas, I’m being beckoned to be acutely aware of my breath, to sink in a little bit deeper and to slow down.   My girlfriend’s presence is forever lingering.

Life moves fast especially when you don’t want it to. It’s been a blur and yet, vignettes of the last 5 years remind me of how painfully slow this journey was.

Without any resistance, I’m transported back to the first vignette when I saw her post surgery. I remember feeling a dread in the pit of my stomach and a deep knowing that this is just the start of something scary.   Almost immediately, the final vignette flashes before me of her last few breaths when I kissed her goodbye with all my love, not expecting anything in return, only to hear her whisper back “I love you too”.

Tears flow when they shouldn’t and don’t flow when they should. Grief is terribly confusing and can be guilt ridden as I find myself in the midst of a myriad of emotions.   I have so many questions brewing inside of me that I painstakingly avoided asking her while she was still alive and now that she’s left, I don’t know what to do with them. Where should I park them? Where can I contain them? Or rather, where should I be releasing them?

Throughout the latter half of this year, I’m continuously reminded of my word of the year, Spirit.   When I thought of this word back in December 2018, little did I know how much power this one word would hold for me in 2019.   My intention was to connect with a higher being, to divine guidance and perhaps, with my own higher self. Ultimately, Spirit did a number and the joke’s on me.

Why had I gone on a quest to search for Spirit when it’s forever present in us and all around us?

The passing of my close friend was a brutal reminder of impermanence but also of omnipresence. Where does one end and the other begin? These thoughts infiltrate my mind early in the mornings as I often sit in silence, pondering: where is she, what is she doing and mostly, can she see me right now? Does she know how I’m feeling?

I continue to seek out Spirit despite my earlier statement because I feel restless and crave a channel to communicate with her. The tangibility of holding on rather than letting go is comforting. I want to believe that she’s the force behind my good fortunes this year or the escapes from the close calls I’ve had of late. In such exaggerated moments, I’m tempted to strike up a conversation with an empty room-that’s how I desperate I am to uncover Spirit.

More often than not, Spirit seeks me out.

She was present when I timidly walked into her guest bedroom just a few days after her death and shifted through her photos of yesteryear. I needed to do something with myself while waiting for others to arrive so I decided to meditate. Half way into my meditation, I heard her doorbell ring and just like that, I was awoken from my trance. Irritated and frustrated at this interruption, I opened the door only to find the Uber Eats driver. He handed me the dinner I had ordered for her husband, her friend and I, as the three of us searched for pathways out of this universal pain. Returning to the guest room, I was drawn to a shiny tiny object in the middle of the floor. How did I even miss this on my way into the room and then, again, on my way out of the room to the front door? The object was beckoning me. As I leaned over to pick it up, I didn’t think much of it and placed it into my pocket while making a mental note to hand it over to her husband when he was out of the shower.

It took me a couple of hours to realize the significance of what I had found on the floor that night in her guest room. Without a doubt, it was placed there intentionally for me. In her last few days, she was adamant that I get her a nose ring to wear and I had made it my mission to find her the perfect one   It took me another few hours to also remember that she had scowled at me when she’d thought I had brought her a hoop style nose ring because that just wasn’t her style. But guess what? It certainly was mine. That night on the floor, she had left me her tiny gold hoop nose ring, a gentle reminder that she is still very much around.

She was present when I spontaneously ended up at a restaurant a couple of months later – the same restaurant where she celebrated her last birthday and had reluctantly made a final social trip out.   Water was dripping off the ceiling and the spot where she had sat was missing the table. It was the only section in the entire restaurant that needed fixing. The floor where she had placed her feet was puddled and with every drip of water from the ceiling, her energy was palpable.

She was present on a bright summer’s eve this past July as I sat with my girlfriends by the glimmering lake, catching up on all things good. Her name came up and a flock of birds flew right above me that very moment as if to announce that despite all the fights we’ve shared and the misunderstandings we’ve had, I’m very much here for you.

I’m learning not to anticipate Spirit. She comes to me when I need her the most and not when I ask. It’s clear to me that this bond that forms with the passing of one and the living on of another is eternal and not as delicate as the one I had with her while she was alive.

And just when I thought my relationship with Spirit was coming to an end this December, something happened this month that shook me up even more.   As I walked into my house with my hands full of Christmas shopping, I called my cats as I always do when I’ve been away for the day.   I turned my head towards a gruelling sound  coming out of my 11 year old cat, Sidney. There he was laying next to the front door, his little body shivering up and I rushed over to him, knowing in my gut that this may be it. Feeling terrified to touch him lest he was in pain, I managed to gently place my left hand on his tuxedo coloured body as he took his last breath and left us- just like that.

My word of 2019 has been my most challenging word to date but it’s also gifted me some important life lessons – mainly the gift of grief. Yes, I know you’d never imagine grief to be a gift but it is. Grief brought us together in circle, to hold each other a little tighter. That was the gift.

There was recently an online article on grief and here is an advice on it by someone who appears to be very wise:

I wish I could say you get used to people [insert animals here too] dying. I never did. I don’t want to. It tears a hole through me whenever somebody I love dies, no matter the circumstance. But I don’t want it to “not matter”. I don’t want it to be something that just passes. My scars are a testament to the love and the relationship that I had for and with that person. And if a scar is deep, so was the love. So be it. If you’re lucky, you’ll have lots of scars from lots of love.

Some final words on setting a word of the year and how you can invite in something deeper and richer to your life as a result.

What I’m realizing is that balancing the words between active/passive and strong/soft between the years seems to serve me the best. Have you found this for yourself? Although I do have a tendency to pick soft words (as I’ve been told), my word for 2020 is probably the strongest word I’ve ever set and it is Command (more on that on a future date.)

Someone also brought to my attention that every time you pick a word for the year, you also pick its opposite. Hhmmm. How interesting. I’v never actually thought about this process in such a way but I can see it to be true. Paying attention to how your word can attract the opposite and then working through it consciously will also help to elevate your word of the year.

Like I said, I love setting a word of the year because it triggers so much from within (and of course there is science behind the brain function of it all! Just ask me and I’ll share more).   I hope that your word of 2020 becomes all that you desire it to be and more. Allow it to fuel you on your path to greatness!

As I continue with July, the theme of surrender (a

Me & White Supremacy by @laylafsaad Day 6: You & W

Rest looks different for everyone. What I kept hea

Day 4 of @laylafsaad Me and White Supremacy comple

Day 3 of @laylafsaad workbook, Me and White Suprem

Ever been in a relationship where you’re forever

This. Is. Powerhouse. #sharethemicnow

It really is the sexiest thing about a woman Poste

I know these are painful, messy and hard times. I

When he arrived into the world, I knew someone up

I want to do better. I want to be better. And I al

To my South Asian community, how are you taking ac

Visceral. In my writing group this morning with @f