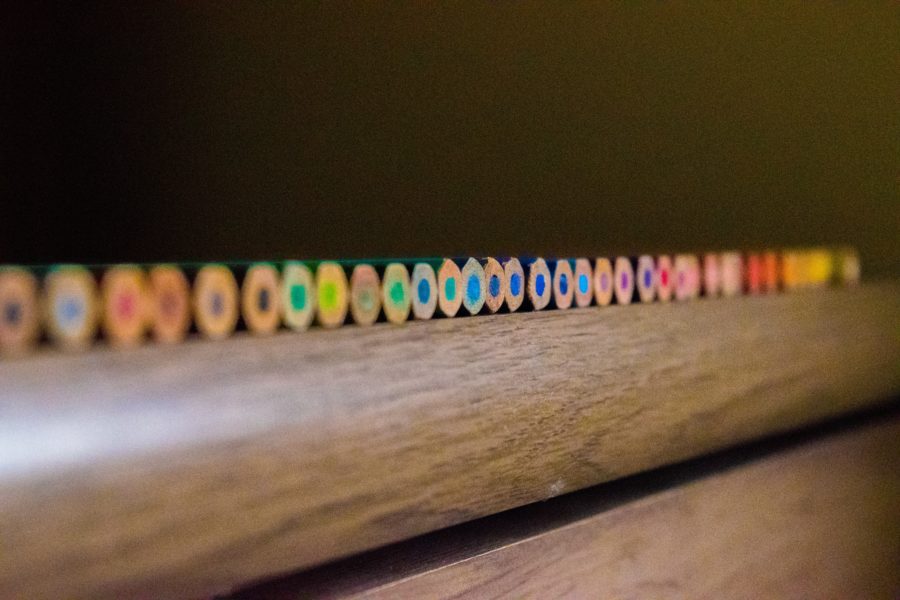 Why be Perfect when you can Stand Out?

Standing there in front of 25 impressionable young humans, I didn’t take my role lightly. I had a message to instil and this was my way of paying it forward.  I was requested by a friend to facilitate my “Call in Your Word” workshop at her children’s school for Wellness Week last month. And of course I said “Yes” almost instantly but before I did, I thought to myself “I am a Women’s Coach and I’m not sure that I can facilitate workshops for kids but I’m willing to give it a go. After all, I am a mother. I can handle it”. Service being one of my top values clearly had a role to play in this decision.

There were a few surprises in store for me.

Going back to the classroom scene.

Throughout the course of the day, students from grades 1-6 were rotating in and out of my workshop every 20 minutes. The first half of my day started with little wee ones who, can I just say, were incredibly adorable. And the questions they posed! They blew me away. I thought it would be really difficult engaging such young kids and capturing their attention for the visualization piece but for the most part, they did just fine. They needed quite a bit of hand-holding while drawing and decorating their “word” on their doorknob hangers but at the end, they came up with some beautiful words as their intentions and it got me thinking….maybe there’s something to be said about “open hearts and open minds”.

Well. Let me re-phrase. There is a lot to be said about that BUT what became evident that morning was that the younger the kids, the more open they are. Note to self: need to leverage that. Post lunch and the energy shifted 180 degrees. Grades 4-6. A different beast and I say that in the most compassionate way possible – trust me. I have a 4th grader. I know. Difficult to settle in, noisy, dismissive and phew, full of judgments. You can see the inner critics coming out full on.

So what surprised me?

Let me just preface this by saying that I don’t have daughters. Although, I was an impressionable girl once upon a time who wanted very much to be liked, to be part of a clique, to fit in and to be popular. So on some level I can relate but being who I am today, I see everything through a different lens.

While in the midst of these tweens, I started noticing a theme. I turned around to my friend who was helping me facilitate the workshop and said “hey. I’m noticing that the girls are super conscious about the mistakes they’re making while drawing out their words”. And my friend started to notice the same.

What was happening was this. The girls were coming up to me and requesting for a new doorknob hanger because they had made a teeny tiny mistake in their artwork. As I reached for brand new doorknob hanger, I paused for a split second and in that moment, I just knew. I just knew that this was bigger than it seemed.

I wanted them to know that not only was it okay to make a mistake in their creative pursuits but that they had the power to transform this mistake into something beautiful. And that’s exactly what happened.

It took quite a bit of convincing because after all, it had everything to do with mindset. Thankfully for me, the girls are not as difficult as adults (lol).  I asked them this question:

Why do you want to be like everyone else when you can be different? You have an opportunity here to make art, to be you and to stand out. It’s how famous artists and musicians are born.

Well that did them in. I saw the girls transform their mistakes into something beautiful and unique. I saw their classmates admire their artwork. I saw their faces beam when I said how courageous they were to believe in themselves and to believe they had control in determining the outcome.  Magic moment fer sure!

Oh! And I can’t leave the boys out. I saw the boys come up with words I never would have imagined! Like “compassionate”. Instant heart melt. If this means our boys are on a path to becoming emotionally intelligent men, then I can relax just a little bit.

In a world that is becoming increasingly tech dependent and one where success is measured by the numbers in your bank account, the competition in the school system – at least since I attended school- has become fierce.

Why add to that?

Make mistakes. Lots of them. It’s how you grow and grow well.

They know they rule my house and my ❤️! side n

Day 19: You and Optical Allyship complete in @layl

47. Life unfolds exactly as it should. Happy birth

Day 18: You and White Saviorism complete in @layla

If you continue to heed to the musings of your voi

You and Tokenism: Day 17 complete in @laylafsaad M

More than ever, I’m wishing all the students, t

Feeling this one fully. Day 16 complete in @laylaf

So different and yet, the same. Happy you’re her

You and Cultural Appropriation. Day 13 complete in